"Pellico" is an entirely Italian brand, whose headquarters are located in the middle of the “Riviera del Brenta”, a worldwide famous region where the collections and the productions of the most important international brands in the field of footwear are realized. Specializing in the production of high-class women's footwear, the brand has developed and expanded its horizons over the years.

Born in 1963 as an atelier-laboratory, today it can count not only on important international showrooms, where its own creations are exhibited, but also on numerous top-level stores and four monobrand boutiques. The opening in 2015 of Hankyu Umeda's Pellico Corner in the main shopping area of Osaka is the first of the major inaugurations that landed the brand in Japanese territory. Afterwards, in March 2016, the prestigious Tokyo Midtown boutique was also inaugurated, and the following year, also the Pellico Shop inside Jr Nagoya Takashimaya, one of the most famous department stores of all of Japan located in Nagoya, opened its doors to the public. 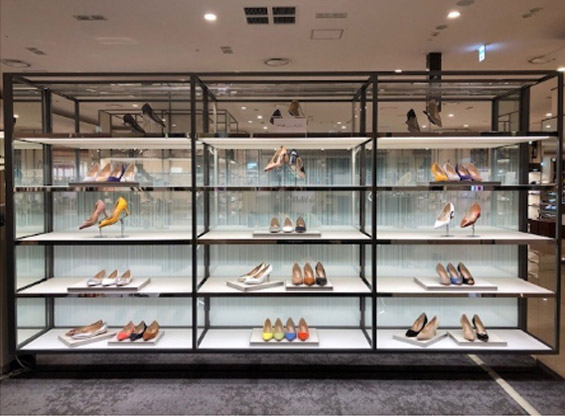 The fourth monobrand boutique was inaugurated in March 2018 and is always located in the Japanese capital, inside the new sixth floor business building Tokyo Midtown Hibiya, while in February 2019 the Pellico corner inside the department store Isetan Shinjuku was opened.

All "Pellico" footwear combines knowledge and traditions of the most experienced artisan masters with innovation and research, and are always recognisable thanks to their unique identity and the unequivocal style that make them stand out clearly against the competition.

The "Pellico" style incorporates the originality and refinement of the lines that smoothly and lightly envelop the foot. The idea was born to give prominence to femininity, without forgetting the pragmatism of the concepts. Thanks to this winning and successful sodality which has the intention of blending elegance, class and functionality, the brand has received countless appreciations and acknowledgments from fashion magazines and social-fashion all over the world. 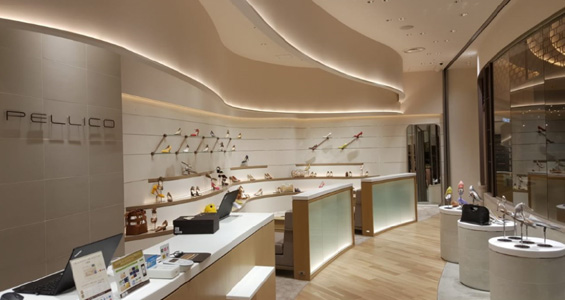 Moreover, the care, the dedication and the passion, through which every single footwear takes shape, contribute to raise the quality of what the "Pellico" brand produces. Women's shoes remain the core of the Pellico product offer, alongside coordinated bags, also them made with top quality leather and extreme care and attention to details.